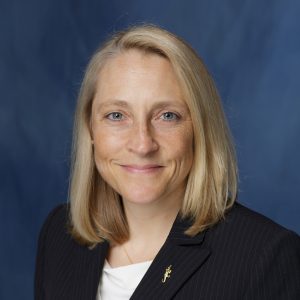 Dana N. Zimmel, D.V.M., has been named dean of the UF College of Veterinary Medicine, after having served in the post on an interim basis since December 2019. She becomes the college’s seventh dean and the first woman ever to hold the job.

A clinical professor in the college’s department of large animal clinical sciences in addition to her administrative role, Zimmel is an alumna of the college from the Class of 1995. She joined the UF faculty in 2002, working first in extension, then large animal medicine and later progressing to leadership roles.